OCF Missionary Associates are Serving the Lord in Amazing Ways 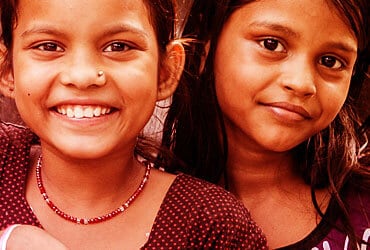 He was a short, rotund, completely bald on top, aging professor who wore thick glasses that continually slid down to the tip of his nose.

He spoke in a monotone manner and there was nothing particularly captivating about his story of being a missionary in India, other than I recall him saying it took him a month to get there by ship and that he considered his 20 years of ministry among the tribal people of India to be the greatest time of his life.

So, it still amazes me today that one simple statement he made (over 30 years ago) during this nondescript presentation impacted my life then and continues to do so now! I have heard the statement in various forms many times since, but it was through him that I first heard the phrase “all true followers of Jesus should always think about nations and generations!”

Don’t rush past this statement. Give it some time to marinate in your heart. In my life it has been a part of shaping a belief (and practice) that ministry to children and youth is always of the highest value and priority. It also is a constant reminder of the importance to pass on a Godly heritage in family, and ministry.

The focus on “nations” has translated into the honor of pastoring on an island for almost 6 years, leading teams to do ministry in many nations around the world, helping to shape a missions-minded church, and influencing everyone possible to engage in “Missions.”

Just a Few of the Benefits From Being Connected to “Missions”

You fulfill the Great Commission.

Taking the good news of Jesus to all people everywhere has always been a part of God’s plan for each of us. (Matthew 28: 16-20)

You increase your Kingdom perspective.

The Kingdom of God is so much bigger and broader than any one people group, denomination, practice, or perspective. The many ways people love Jesus, serve, pray, sing, worship, and minister is just a glimpse of what heaven will be like.

You grow in cultural understanding.

The way people live, work, dress, play, and even eat can be a great learning experience. “Whenever you go into a town and are made welcome, eat what is set before you.” Welcome other cultures and learn.

You learn that you have family around the world.

Connecting with others who experienced the love, forgiveness, life and freedom of Jesus is life transforming. Witness the tears from people who have only known one another a few days but have had their hearts connected through the love of Jesus. Watch this connection of love crush the barriers of age, language, skin color… and create family! I promise this will change your prayer life.

You get a new value orientation.

You quickly realize how blessed you are in almost every area of life. You realize the “sacrifice” of giving to missions is not really a sacrifice, but is one of the best investments you will ever make. You realize that going on a missions trip is an extreme honor. You realize you gain so much more than you could ever give. You realize that you are the one who learns, is ministered to, and who grows by serving Jesus through serving others.